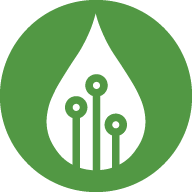 An analyte in EnviroData is more than just a name.

Depending on the context, defining a single analyte can may require specifying a combination of the following unique properties:

The amount of information that EnviroData needs when determining an analyte depends on the action being performed. For example, when ingesting a datapoint from an EDD, EnviroData either assigns an existing analyte or creates a new one based upon the values of the datapoint’s analyte name, submatrix, and unit. The flowchart below gives an example of this:

As a concrete example, imagine the following analyte exists in your EnviroData database:

Where the Concentration (liquid) Unit group contains the following units:

Now imagine 4 datapoints of an EDD are ingested, displayed in the image below. How many new analytes will be created?